Menu
Log in
Register
Navigation
Install the app
More options
Contact us
Close Menu
You are using an out of date browser. It may not display this or other websites correctly.
You should upgrade or use an alternative browser.

ALTERNATE TITLE: ALIEN ALIEN, OR DOES IT?​

I should focused to my tourney but right now i want to have a break for a moment lel
Anyway, i've planned to make some of Kikoru matches, but right now i only have two (one is this match, one is against an Low 7-B Kamen Rider but this one i'm unsure atm), so while you guys debating in this fight, give me an idea as well for next opponents for Kikoru
Same can be said for Homura case btw, as i planning to make so much matches idea with her but my mind got "dead end" atm lel
Anyway let's get to the battle

Summary would be added later 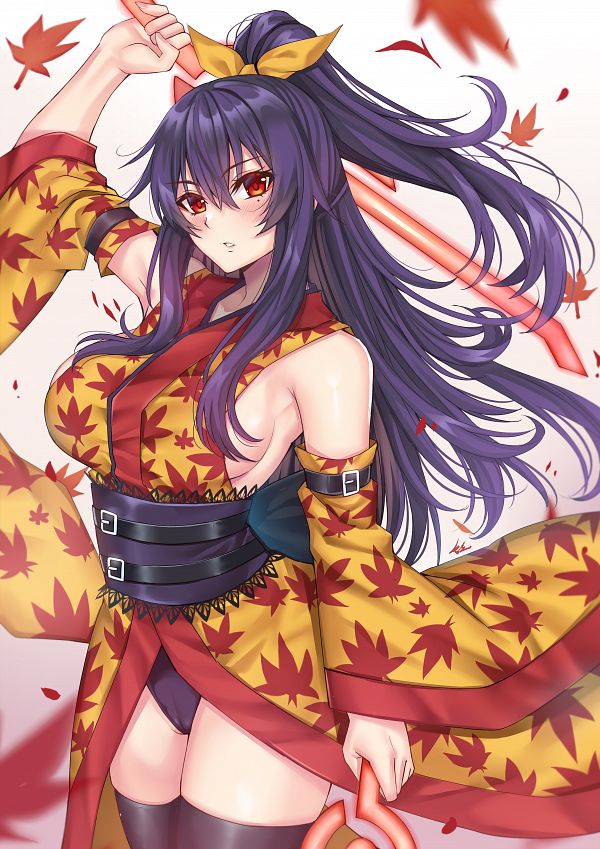 From Indonesia
Nothing much changed, isn't it?

Hello there, my name is Veloxt1r0kore, but i have a more name, Kisaragi Megumi, or Stack, wish people call me with that. Already graduated from my school, now resting for a while until ready to get an job, university and experience.

My experiences with the franchise that are pretty great, but don't expect me too much in debating, Douzou Yoroshiku onegaisimasu!!

Let's see how this goes:

AP: While Homura scales to Shiki, who is 2.77 KT, Kikoru is scaling much over 42% Iharu, who is 1.25 KT, so the Homura has the AP advantage. Although the gap will close as Kikoru develops more quickly with her Accelerated Development and eventually catches up to her. Not to mention, with her axe, she can increase her cutting power

Speed: Due to speed equalization, both combatants will scale to Kikoru's Subsonic speed. However, since Kikoru's reactions is higher than her combat speed, it won't be affected much by speed equalization and will remain an advantage Kikoru can used to her advantage. She can also use her axe to boost the acceleration of her attacks. Not to mention that her AD extends to Speed as well, so she will be getting faster as the match continue

Lifting Strength: Homura easily prevails since Kikoru only has Class 5, whereas Homura has Class M. However, when using her axe, Kikoru has demonstrated the ability to combat Class M kaiju like Kaiju No. 9 by focusing on its limbs to cut them off.

Stamina: Since Homura doesn't give specifics, it is difficult to compare, thus I award Kikoru with this since she was able to battle despite suffering injuries and more.

Range: With her guns, Kikoru has the most range out of the two

Skills: Both are highly skilled fighters, though I believe Kikoru has the advantage imo due to having more feats to compare to in their intelligence section

Other: Kikoru also has stun grenades and AoE bullets at her disposal, which can freeze and slow movements, paralyze her, or shoot holes in her owing to the heat (or explode her from the inside if one goes down the mouth). Both of them have analytical prediction, but Kikoru's is demonstrated to be effective on characters who are faster (like when she taught Reno this method of AP, he was able to dodge multiple Supersonic+ attacks while he was Superhuman) than her and not to mention can go in tandem with her much higher reaction speed. Kikoru also has a forcefield shield that will allow her to mitigate attacks from Homura, as it is shown to be able to save her life when a Low 7-B kaiju tried to kill her by shooting her heart. I also guess Kikoru is more acrobatic of the two since Homura doesn't have Acrobatics on her profile. Kikoru also has Regeneration although it is Mid-Low so ehhhhh it is still something.

Conclusion: Kikoru has the better speed (via her reaction speed and her axe increasing the acceleration of her attacks), stamina, range and skill. Even with the AP, LS and durability disadvantage:
Her Analytical Prediction, coupled with her higher reactions, will allows her to easily predict Homura's attacks. She can stun and blind Homura with stun grenades to land a free hit. She can even vaporize or pulverize Homura's body with Burst Rounds, freeze and lower her movement with Freeze Rounds or paralyze her with Conductor Rounds (even if she dodges this bullet, the discharge can cause a chain lightning can paralyze those nearby)

Homura via superior AP and LS

Seriously, where the heck the EZ supporters?

Veloxt1r0kore said:
Seriously, where the heck the EZ supporters?
Click to expand...

i even called Zackra and yet no response,

And @Eseseso decided to gone after his last post above, weird

I was called to vote/argue here

But literally, Kikoru has "all" the advantages here, not counting skill because I don´t know anything about her and minimal knowledge about Homura, she has more reaction speed, both has analitical prediction so it cancels eachother but Kikoru in the long run is gonna be stronger and faster

Homura at least outranges her (normally, the rifle outranges Homura, but attacking from a distance against someone twice as fast in reactions= or is danmaku or is useless

Her reactions advantage is carrying hard

Someone call the EZ supporters once again to come here pls

Bump!!
You must log in or register to reply here.